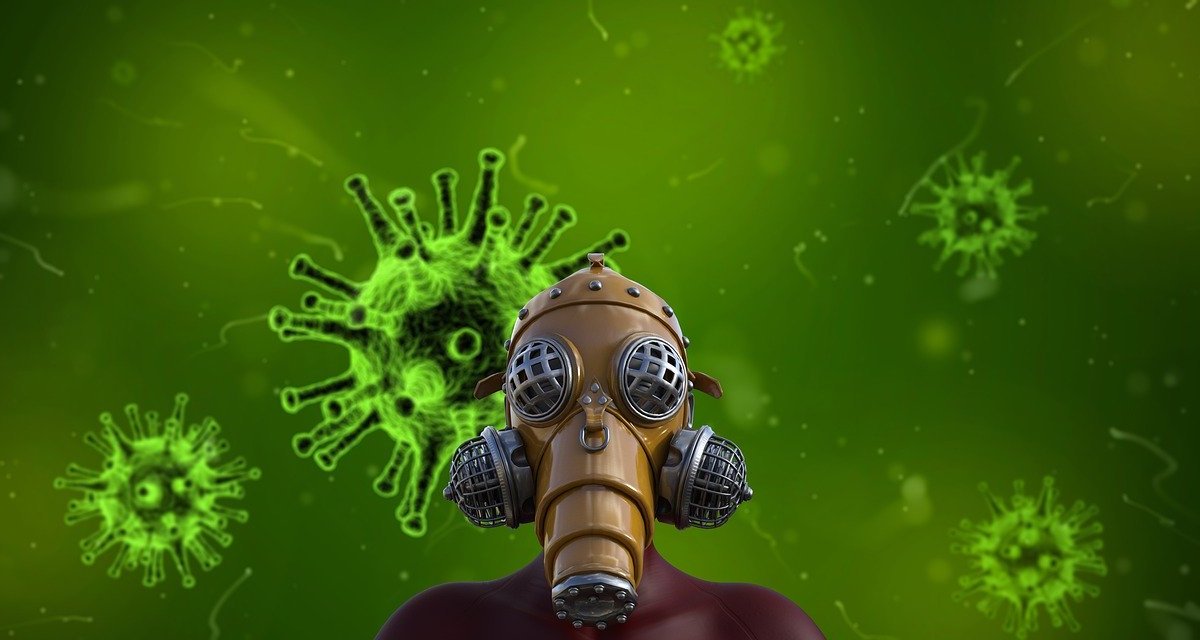 I sometimes feel as if everyone, including myself, is going a bit mad. At random times I find myself panicking….maybe I should have joined the rush for toilet paper…maybe I should have stocked up on canned foods. Maybe…just in case…what if….is the end of the world coming?

In the throes of the coronavirus pandemic it is easy to get caught up in the media frenzy, in phoning friends to see if they have enough food stock-piled and in constantly washing our hands and disinfecting our rooms. But what are we fighting? What is behind all this panic? A virus.

Viruses are fascinating ‘things‘ – I’m not sure what else to call them! They are technically considered non-living because they contain no cells, cannot reproduce (unless in a host), do not breathe, do not excrete – they lack many of the characteristics that help biologists differentiate between what is living or non-living. In fact, a virus is simply a tiny particle composed of DNA or RNA inside a protein shell. Nothing more.

Instead of thinking of a virus as a living creature out to destroy the world, think of it rather as a piece of machinery. A piece of machinery that can do nothing without a host (such as a human, animal or even a bacteria). Viruses are small. I mean, really small! Some are so small, in fact, that tens of millions of them can fit onto the head of a pin (Khan Academy, 2020). And they are everywhere. There are more viruses on earth than any other pathogen, or even any other cellular organism. For example,  “a liter of seawater collected in marine surface waters typically contains at least 10 billion microbes and 100 billion viruses—the vast majority of which remain unidentified and uncharacterized” (Weitz and Wilhelm, 2013).

Where do viruses come from?

There is no clear answer to this question but there are quite a few theories:

A good question to ask is: ‘did we maybe evolve from viruses?‘ Or, if we didn’t evolve from them, have they played any role in our evolution? Have they shaped us in some way? Are they really our enemies?

To help you answer this question, think about this: approximately 8% of our human genome is composed of sequences with viral origin (Grandi and Tramontano, 2018). These sequences are called human Endogenous Retroviruses (HERVs) and are thought to be remnants of viruses that once infected our primate ancestors and that have now, over millenia, become part of us and our physiology. It is argued that this co-evolution between HERVs and humans has brought innovation and diversity to our genome and our physiology.

What happens when we get a viral infection?

Once inside the body, viruses enter their target cells and use those cells to reproduce themselves. Luckily, our bodies have many different response mechanisms to viruses. Often, our first line of defence will be heat, swelling, pain and generally feeling yuk – in other words, fever and inflammation.

In addition to fever and inflammation, our body produces many different types of ‘fighting cells’ and chemicals to destroy foreign invaders. For example:

And if that isn’t enough, once in contact with a virus, our immune system produces antibodies. These are proteins which are able to recognise specific invading pathogens, bind to them and neutralise them.

So if you get a virus, don’t stress yourself out too much – you have already had many and your body has coped with them. It will cope with this one too.

What can we do when we have a viral infection?

Viral infections do not respond to antibiotics and, unless severe (in which case you need medical help), often the best way to treat a mild viral infection is to rest, drink plenty of fluids, eat nutritious foods and let your immune system do its job. Most importantly, be aware that viral infections are often very contagious and so it is vital that you stay at home and away from other people until your symptoms have passed.

Immune boosting foods that can help you fight your viral infection include garlic, raw honey, turmeric and ginger.

Choose your ThinkTree subscription or see a full comparison.